Wolf Hall: The Year in Books 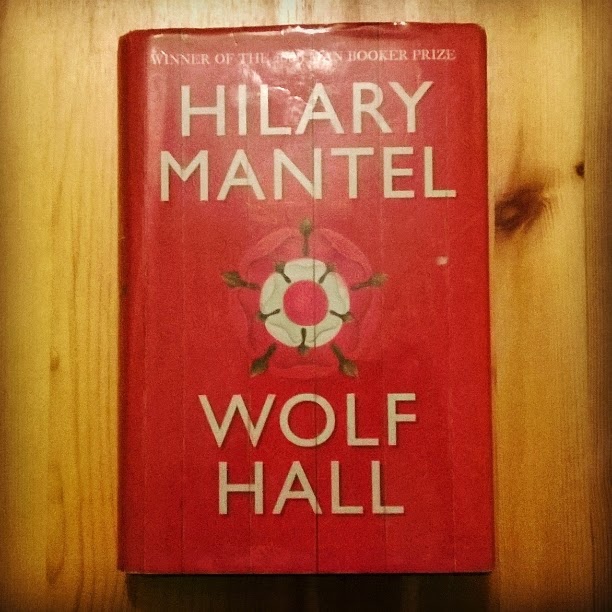 I was only a day late in finishing my January book (We Are All Completely Beside Ourselves by Karen Joy Fowler).  However, considering I was only a third of the way through it on Friday, I was rather pleased with myself.  On the Saturday and Sunday afternoons I did what I haven't done in a long time.  I curled up under my fleece blanket on the sofa with a mug of tea and read for a few hours.  It was sheer luxury.

So, what did I make of it?  I'm not sure.  I raced through the first few chapters and then ran out of steam.  I only had enough time to read a few pages a day which didn't work well with the non linear narrative.  I had to keep flicking back through the pages to refresh my memory.  It wasn't until the weekend that I go back into the story.

It's a tricky book to review on account of the dramatic twist it takes fairly early on and which is intrinsic to the story line.  I wouldn't want to spoil it for anyone.  So I'll settle for saying that I enjoyed it, but no more than that.  It's carefully researched, well written and the story moves on apace.  It deals with a fascinating subject.   But I didn't really care very much for any of the characters and it ultimately failed to grip me.

My book for February is Wolf Hall by Hilary Mantel.  I bought the hardback copy for £3 from a charity shop some time ago and hoped to have it read by the time the TV series began.  I didn't but watching it has inspired me to pick it up again.  I'm taking it up to Glasgow next weekend to leave it with my daughter so I'll have to get a move on.

I'm joining in The Year in Books with Laura over at Circle of Pine Trees.
Posted by just Gai at 10:34 pm

Labels: books, The Year in Books